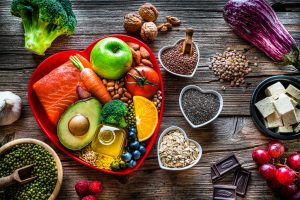 In order to achieve a fit body, you should pay attention to several points. Healthy eating and exercise together can produce great results. But when and what you eat is very important. Try to follow the following in your schedule to achieve fitness and a healthy body.

If you are used to exercising in the morning, wake up when you have eaten breakfast at least an hour before you start exercising. Research shows that eating or drinking carbohydrates before exercise boosts performance and allows you to exercise harder for longer.

It is better to choose a light breakfast so that you are not bothered during exercise. Focus more on carbohydrates for maximum energy. Options such as whole grains, low-fat milk, juice, bananas and yogurt can be suitable for breakfast.

If you consume too many calories before exercise, it will make you lazy and you won’t be able to do much exercise. Too few calories do not provide you with energy and cause problems in the body.

Certain foods and drinks, such as green tea, can naturally increase your metabolism.

Research shows that nutrition can affect the rate of fat burning. Some foods stimulate and enhance the fat burning process. If you include such foods in your diet, they help reduce fat more effectively. The following foods can increase your metabolism.

One of the biggest mistakes to get fit is to eliminate certain foods. If the body needs all the nutrients from food. In the list below, we have mentioned some of the most important foods and their effects on the body.

Barley: It is rich in fiber. It improves digestion and increases metabolism.

Egg: It is a source of protein and is necessary for muscle building.

Dates are rich in vitamins, fiber and iron, calcium and potassium, each of which is necessary for the body and can even treat anemia. This fruit is also effective for weight loss and can be used as food for diet and prevent the accumulation of fat in the body. It increases the body’s metabolism and strengthens the body’s immune system. People who have respiratory problems and suffer from heart diseases must use Buah Kurma Green Diamond. A serious advice to people who have high blood fat and are unhappy with their excess body fat is that these people must consume dates.

Apples: Apples are especially important among fruits. This fruit has antioxidant properties and reduces inflammation and increases metabolism.

Lean meat and fish: these foods are a source of protein and provide the amino acids needed by the body. To build muscle, meat and fish should be included in the diet. 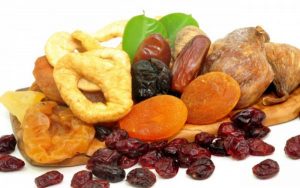 Dates are a good source of iron, in 100 grams of fresh dates there are about 1.3 milligrams of iron, which competes with the amount of iron found in chicken and fish.

Dates are one of the foods that are most known to the people of Asia. In Europe and America, this characteristic fruit is used only in cakes and sweets, but in the Middle East, especially in Arab countries, it is used as a main dish. Pemborong Kurma Malaysia belongs to the category of fruits with lots of energy. Dates are known as an energizing fruit.

Dates have 160 calories in 100 grams. While no other fruit in this volume produces this amount of energy, they may also be more expensive than dates. On the other hand, dates are a good source of iron, in 100 grams of fresh dates there are about 1.3 mg of iron, which competes with the amount of iron found in chicken and fish.

Dates, like other fruits, have high fiber that can be useful in relieving constipation, and in terms of vitamins, they are similar to other fruits and there is not much difference. In fact, the main advantage of dates is its energy-generating property; That is, in a small volume, you can get a lot of energy.

Palms and dates were cultivated in Iran since ancient times and before the Achaemenid period. Palm is mentioned in Sasanian literature. Chinese sources have mentioned Iran as the land of date palms, which were known as Persian jujubes and thousand-year-old jujubes. At the end of the 9th century, the date palm was brought from Iran to China and cultivated there. Among European countries, Spain has more history in date cultivation.

Dates have been in the human diet since ancient times and are one of the oldest fruits cultivated by humans. The date tree grows in tropical and subtropical regions, including Iran. Although its origin is mentioned in Middle Rivers, Arabia and North Africa, but scientific studies have identified it as P.H. Sivestris, which grows in India, is attributed. Archaeologists have attributed the construction of the groves to five thousand years ago because they found its name on clay tablets 50 centuries ago. 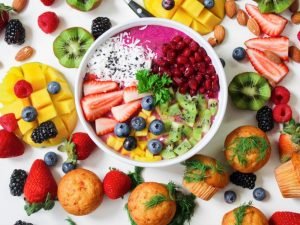 Cold symptoms usually appear two to three days after the virus enters the body. The most common symptoms include: sore throat, stuffy or runny nose, cough, sneezing, and pain in the hands and lower back. Fatigue, watery eyes, and trouble sleeping may also occur. If the symptoms persist for more than a week and are accompanied by severe headache, weakness, loss of appetite and nausea, it is more likely that the disease is caused by the influenza virus. Fever is also common. It should be noted that in cases of viral infections of the upper respiratory tract, the cause of the disease cannot be removed and only the treatment of symptoms is possible.

In order for the body’s immune system to function optimally in its task of fighting cold and flu viruses, it must receive vital nutrients.

Among the main natural sources of vitamin C that are effective in treating colds are:

Dates are one of the fruits that are suitable for healing people. Kurma Wholesaler Shah Alam is very useful because of its warm nature and it always increases the resistance of the body and strengthens the immune system, and due to the vitamins in it, it can be helpful in the process of healing the disease.

Cereals and legumes are good food sources of one of the group B vitamins called pantothenic acid. Lack of pantothenic acid causes frequent infections of the upper respiratory tract.

Garlic contains iron, zinc and allicin, which strengthens the immune system and helps reduce the risk of viral infections.

Sesame seeds, pumpkin seeds and sunflower seeds are rich sources of omega-6 fatty acids. These fatty acids help the cells of the respiratory system to fight against cold infections. 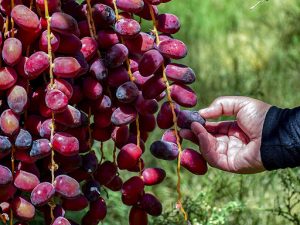 The Arabic word “Nakba” or ” Dates “Fruits” is usually translated as “Dates” or ” Fruit Arabs” by non-Arabs. This is a common error because in Arabic the word for dates is spelled as “Nasb” which simply means “fruit”. The Arab culture gives importance to dates fruit especially during the holy month of Ramadan, which is a period of religious observance in most Islamic countries. This article is all about the correct spelling of the Arabic word, “Nakba” or “dates”.

The Arabic word for dates is “Fitr”. This type of dates is dried and then roasted. The fruit itself will be yellow in color and have a firm texture. This fruit can be eaten raw or cooked. 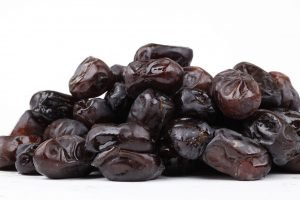 Now, on to the actual Arabic name of the fruit, which is “Nakba al-Fitr”. This Arabic name means ” Date-apple”. The best way to describe this fruit is ” pitted “. The Arabic word for ” pitted ” fitr” literally means ” dried out “.

The fruit Arabic name “Nakba” means “wild apple”. So, this dates fruit is one of the most common types of apples. It is a slightly bitter in taste. However, it is very popular with North African countries such as Morocco. It is one of the more popular types of dates that is eaten in the united states.

This dates fruit is also referred to as the Persian apple. This dates fruit has a small seed inside it. This seed has the highest content of water in the dates. This water gives the dates their distinct taste and makes them much more moist than other types of dates. Therefore, when eaten, these dates are somewhat hard.

In addition to all of the flavors that dates fruit has, this particular Arabic name is what you will use to refer to the sweet, juicy quality that dates come in. When you eat a piece of dates fruit, it will be like pulling the cherry from the root. This is because of the large amount of sugar that is present. Therefore, if you want something that is not too sticky and sugary, then the dates are what you are looking for.

When you are eating dates, it is important that you only use the natural dates. This will help you to maintain the high nutritional value of this fruit. This Arabic fruit name is something that is very easy to pronounce. The pronunciation is not difficult, which means that people of all ages and locations can find this fruit to enjoy. Anyone who enjoys dessert, especially deserts, will enjoy the flavor of the dates fruit.

When you enjoy dates, you are going to enjoy a dessert that has a unique Arabic name. The sweet, chewy quality of dates is going to have your guests asking for more. When this dessert is made, it is typically covered in honey and then flavored with spices. The best dates for desert come from Egypt and are known as “dates dehayah.” You will not find this type of dessert in the United States or Europe.

The sweet, thick flavor of Arabic dates makes it a great dessert or a snack time snack. This particular flavor of dates goes well with fruits and even ice cream. When this delicious dessert is made, it is typically covered in dates or honey. When people go back to the old ways of eating dates, this dessert is one of the first to make it.

So, when you are looking for a fruit Arabic name, keep the word dates in mind. Arabic dates come from the root words of dates, which are dried and eaten as a dessert. You can choose dates from all over the world, but people from Egypt are well known for their sweet, tasty fruit flavors. Try some of the recipes that use the most popular fruit Arabic name.