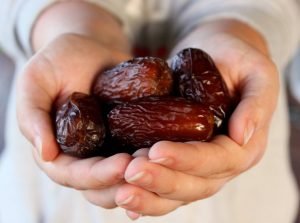 Stomach ulcer and inflammation are actually the result of damage to this defense barrier. Although stomach ulcers can be caused by various factors, such as neurological and psychological factors, chemicals, alcohol consumption, long-term use of aspirin and tobacco. But one of the most important causes of that infection is caused by the bacteria known as Helicobacter pylori.

The prevalence of Helicobacter pylori infection is usually related to the geographical and socio-economic conditions of the society. In our country, the prevalence of this infection is about 80% (in adults) and about 10-15% of these people get stomach ulcers and 1% eventually get stomach cancer. Helicobacter pylori is the most important cause of chronic inflammation of gastric mucus-producing tissue, gastric ulcer, gastric cancer and atrophic inflammation of the stomach (chronic inflammation with destruction of the mucous membrane and acid-producing glands of the stomach).

that atrophic inflammation of the stomach can lead to no secretion of gastric acid and intrinsic factor, and since bivalent elements such as calcium and iron are better absorbed in an acidic environment, with the reduction of acid secretion, the absorption of these elements also decreases, and intrinsic factor is a factor that It is necessary to absorb vitamin B12. Both iron and vitamin B12 deficiency can cause latent anemia.

The best way to use dates to treat stomach ulcers

Dates have been scientifically proven for stomach ulcers and so far many articles have been published about it all over the world. In addition, many researchers have also done a lot of research in this regard.